Unlocked at level 10, Colosseum is a fierce PVP competition that pits you against other players in your kingdom, including guildmates, for gems! Ever changing and ever challenging, it can be hard for a beginner to figure out how to excel.

Things to keep in mind: 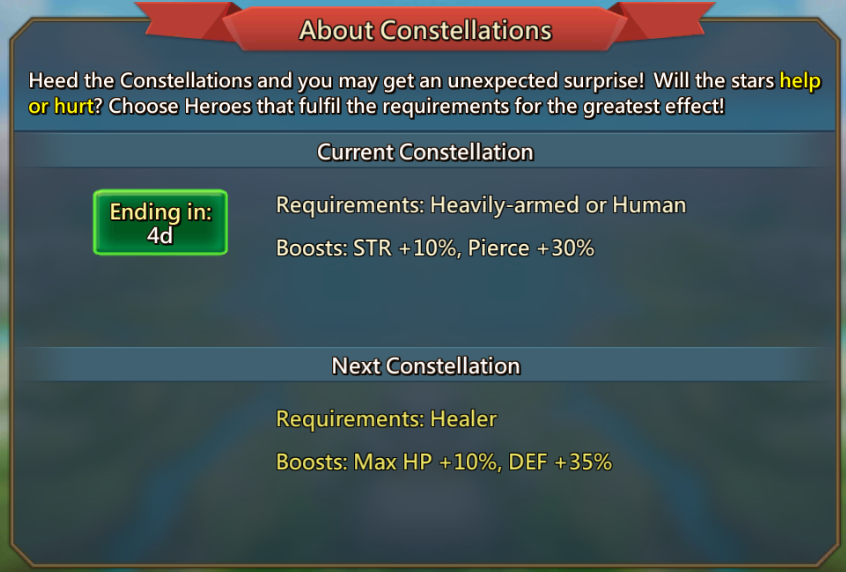 enemy level, grade, rank, and overall strength of their lineup.

Here are a few lineups and what they are countered by:

For a more comprehensive F2P guide, check out the lords mobile wiki.

Below follows part of a post by user Hashimaru on the lords mobile forum.

These following tips are theoretical but it can help you to pick the right hero at the right time.

If you use MAGICAL heroes :
– Prima Donna : gives M-ATK buff to allies
– Sage of Storms : reduces passively M-DEF of all enemies (unlocked at rank 7)
– Child of Light, Elementalist : they can reduce enemy M-DEF

As I said, there is no best team composition.
Look at the podium : You can have an idea about team lineup that work well in the current meta.
Attack & defense lineup are pretty same lineup. It is better if you add 1 tank to your defense team.