). And most of it is related to the leader people is often using and their stationary heroes (the ones that you put on your wall).

So, let's go straight to the point, shall we?

First is first, never under any circumstances use an administration heroes or siege heroes as your leader, even if he is gold DON'T use it.

Why would you ask me? Simply because it doesn't offer any attack buff to your (“defending”) troops.

Second, you don't need to use an administration hero as leader in order for its “special skill” to be activated. This “skill” is automatically activated when the hero is hired. 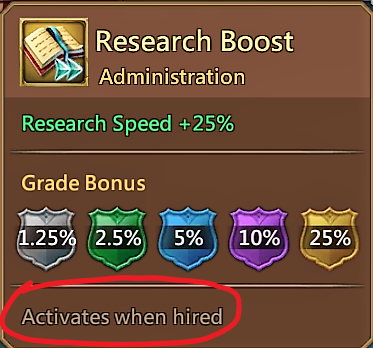 Thus, it will always be activated regardless of the situation, since it has been applied to your turf stats already.

Different logic applies to "Logistic" heroes. Contrary to "administration" heroes, "logistic" heroes need to be out there in battle to trigger their special abilites. 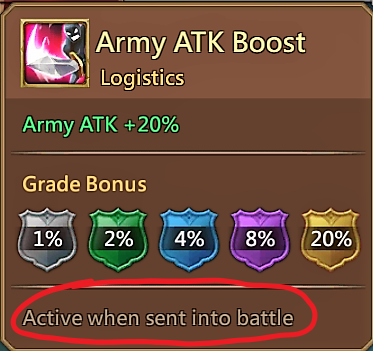 Which hero to use as leader? Prefer a hero that offers attacks stats and that is at gold grade (since it offers the maximum stat for your turf). Pick heroes like Rose knight (the old time favorite hero), Tracker, Demon Slayer, Night Raven, Bombin' Goblin, Child of Light, Snow Queen, Oath Keeper, Death Archer, Sea Squire, etc (I did not mention "p2p" heroes as I do not own any of them).

Why do I say this? Merely because you want to fully take advantage of your turf and what it has to offer. A gold hero offers 30% atk whether it's ranged, infantry or cavalry or 20% atk army (Rose knight and Bombin' Goblin), whereas a hero at a lower grade will offer 3%, 6% or 12%, which means that you are missing some important atk stats.

Now let's talk of "station heroes". They are just as important as the leader you pick. When you are defending an attack or a rally, they are your frontline, so to speak, and they are the ones that boost your defending troops from an impending attack.

We were start and we are starting in this game, we put default heroes on our wall. They are "grey" since we are only starting in the game and don't necessarily pay attention to it. We keep researching and building and growing, and our wall heroes remain "untouched".

Go to your base, and click on your wall, make sure to check out which heroes you have set up as default there and made the necessary changes to improve your defense. 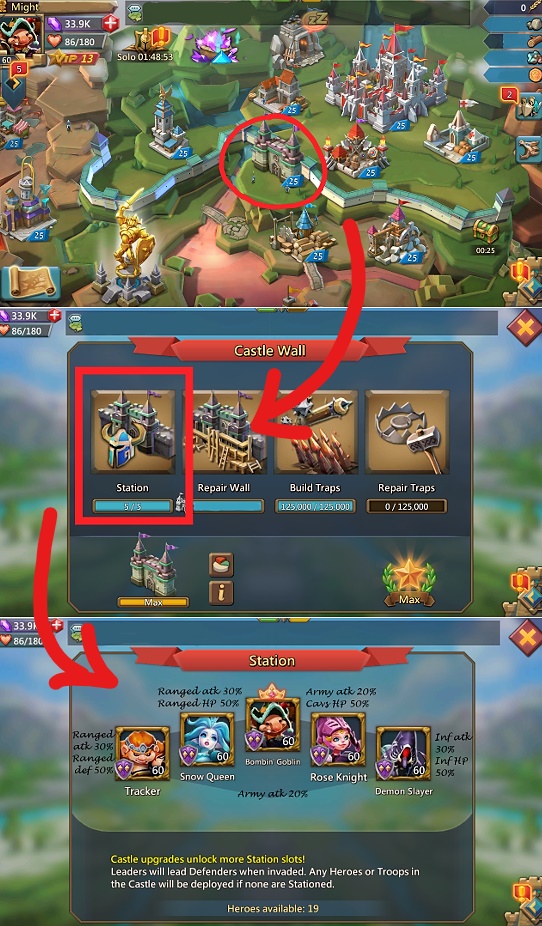 this is just an example of setup.

I've seen loads of good setup out there, but there is still some work to do here and there!