Here is some basic knowledge about braveheart, it's very suited for the newbie, you can not miss it. 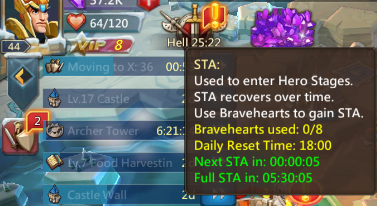 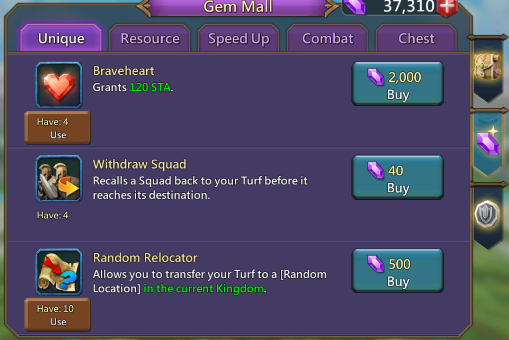 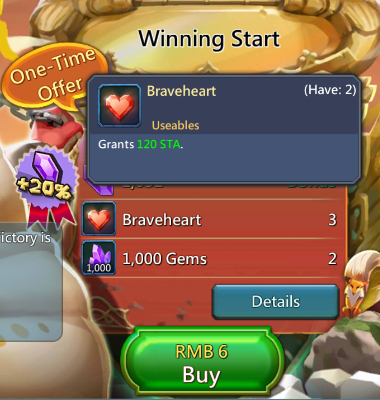 They cost 2,000 gems from the gem shop, and can be bought with
real-world currency as part of various packs in the store. They can also
be purchased by attempting a stage when the player has insufficient
stamina, at which point the game will prompt the player to use/buy a
braveheart. Brave hearts can also be randomly won from chests when
opening gifts in your guilds gifts.

The game can cause confusion to new players, when in their turf, they
tap on their stamina and it shows (for example): 'braveharts used: 0/2' –
this can cause new player to mistakenly believe they have 6
bravehearts, when they are simply VIP 2, and can use a maximum of 2
should they purchase them.