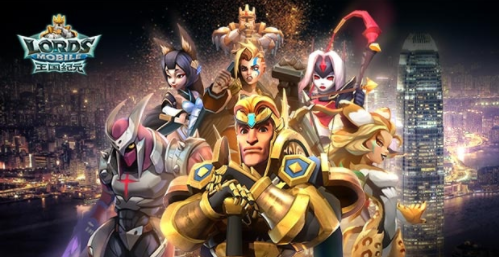 Hey guys, I know many of you are stuck at certain elite stages. So I collected all the guides I found. Hope it will help you move to next stage.  If you fail the stage with recommended combos, maybe you should think about upgrading heroes' color or rank. If you have other combo or strategy to clear these stages, please comment below.

Note: First round, just all out when your skill is done and start to generate it when their amount is decreased. Second round, all out to the main target AFTER he heals himself for the 1st time and makes sure activated Heals when hp get low. Boss round, as the boss will come back behind of your team after this wave is cleared, use Black Crow's skills to clear creeps and Death Archer's to the boss, active heal if needed. As the boss is soft, it will die easily. Here comes to the 2nd wave, the 2nd boss will be little tougher than the first one, so use Your black crow's ultimate again to low all of their HP and stun them to generate Prima Donna's ultimate, always use tracker's ultimate to boss and death archer's as well. Cleared.

Note: First round, Make Sure you Use Heals when it can be used, and use every other skill when cooldown finishes Until there is one more creep left.

Second round, Clear all the creeps behind and use heals frequently.

Boss round, as the child of light will keep spawning, ignore it and spam every single skill to the treeman and after him will be the big child of light, make sure you heal before the bar went red. After that, there will be one more big size Child after a bunch of small sized and that’s the last target of yours.

Note: First round, Do not use any other skill Until your Prima Donna is done. After that use your tracker to clear long-range creep, spam every skill you have and go in the next round with full HP and skill of the child.

Second round, stun the big one with Child of light as opening and use the crow AOE to hit the range on the left. At this moment, your prima donna will be the only target they aim, don't ask me why. Spam the heal always and don't ever let it stop. use crow and tracker as a combo attack to take down them one by one, be careful as they will heal themselves when they are low. Repeat the same thing until there is the big one left, keep Oath keeper and Child's Stun for boss round. Their stun shouldn't be used in that round anyway.

Boss round, IMMEDIATELY stun with your keeper to cancel the passive of rose knight, CLEAR the creep as fast as you can by using tracker and crow as a combo, keep the stun until you saw rose knight jump with the light of the ulti, IMMEDIATELY cancel it again by child's stun. Repeat the same movement until the creeps are totally wiped off, keep the stun only for when the rose knight's skill is going to be activated, heal every time when getting low in any situation.

Note: When boss appeared, drop big guy behind the boss to protect the other 4 heroes. And keep disrupting boss’s skills.

Note: When the boss appeared, don’t rush to release skills. Wait until enemy reinforcements approaching and then kill them all. Use Child of Light to stun enemy first and then use Rose Knight to deal with boss. After that, use Snow Queen to freeze enemies. Don’t rush to heal your heroes!

Note: If you failed to finish the stage within 55 seconds, all the heroes will be killed by the supporting troops.

Note: When you enter Round2, drop big guy behind Petite Devil to protect other heroes. And be careful about the Petite Devil, use skills to stun her.