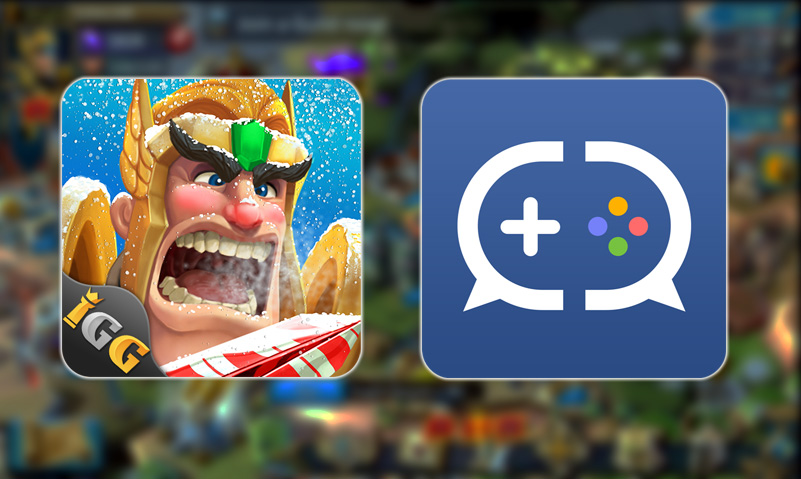 We all know that in Lords Mobile, nothing is worse than billion might members being zeroed by enemy in the middle night.

Some top guilds are very proud that their high-might guild members have all left phone numbers to R4, so that when they are being rallied in the midnight, R4 can call them and wake them up. Honestly, the organization of these guilds is truly admirable, although I'm sure that some of them might have hesitated to give their phone numbers. After all, this is game, and phone number is private. In fact, you don't have to leave your phone number, as long as you and your guild members are using WeGamers, there is a very much easier way to wake up your member.

You should probably be aware that this can also be used against you. Back to April last year, when they are fighting against an Australian tycoon in K10, as this guy has left his phone number on the Diplomacy Board of one guild, some of them keep calling his number forcing him out of the game as soon as the battle began and some of them keep rallying and attacking him. For the same reason, if you have added some undesirable friends to your Contacts, and some of them are your enemy in Lords Mobile, they may wake you up by making video call or voice call to you in the middle night. LOL.

Tips: If you are high-might LM player, be careful when adding friends to your WeGamers Contacts, if you wanna keep in touch with someone, you can just follow each other, and you will be able to contact each other from your following list. It's much more safer comparing to giving out your phone number, as once it's exposed, anyone can call you, while in WeGamers, you can control that who can be in your Contacts list and call you.

Siren is a one-of-a-kind function. However, making full use of this function is not that simple.

You can send a pop-up alarm to your guild members by clicking Siren button. This function is truly convenient as when your guild member is off-line and the war breaks out all of a sudden, you can get in touch with your member immediately. But, you may also need to be cautious of disturbance caused by people who indiscriminately sound Siren.

Firstly, you need to check the Siren pop-up notification of your Guild chat only. For other groups, highly suggest you uncheck Siren pop-ups. You can go to Group Profile-Group Settings, enable Notifications, and then uncheck the Display Siren pop-ups option. With this done, your world will be much quieter now.

Secondly, Admins and Mods in guild chat need to set up some rules; make it clear that Siren can be only sounded when there is emergency; no joke should make on this. For the first time break the rule, warn will be given; and whoever misuse Siren for the second time should be severely punished. You will have to be serious with this rule setting, otherwise, when there is real war, and the siren sounded, probably no one would take it seriously.

In my Guild chat, we sound siren not just for war and attack. We also sound siren for occasions such as research hell event, guild missions when it's about to end and the points is still not enough, enemy's shield off, rallying, KVK troops retrieving, etc. For any of these occasions, we will have someone sound the Siren, and people will get on-line and take actions.

In a word, this Siren can help you call your members together immediately when something is up.

Tips: If one of your members is under attack, and he is not on line, you can choose to sound Siren to him individually by taping Selecting members you want alert when send Siren.

Actually, I'd like to make a suggestion to WeGamers Team here. We know that we can launch game from Siren Pop-up notification directly, and this is like awesome. But most of the time, we would like to enter WeGamers and check what happened first then decide whether to launch game or not. My suggestion is when we tap the Siren message in group chat, make an option to launch game as well.

When your guild is going to get involved in battles that require timely cooperation， such as Wonder war, rally with other guilds, etc, typing would become way too troublesome, you will need voice chat and free your hands to improve efficiency.

I used to be a YY user, and most Chinese players are also used to using YY. But after comparing YY and the Conference Call feature on WeGamers, I chose to use WeGamers. Here are the reasons:

Firstly, the voice delay of WeGamers is way much better than that of YY. When using YY, your troops in the Wonder have already been defeated, and you will still hear people shouting in YY ask you to change lineup. The voice delay is unbelievable.

Secondly, in WeGamers, only commanders can speak during Conference Call; this is extremely important. While in YY, anyone can speak, you can barely hear who the speakers are. There will always be some kids shouting excitedly, giving you some wrong info and mislead you. In WeGamers, you can appoint up to 9 speakers, which is totally enough to be commanders.

And what's more, when your members are all on WeGamers, you can use the conference call directly. You won't need to requesting your members to add each other on YY.

The good point to use YY is you can create sub rooms. When you need cooperation with different guilds, you can use YY.

WeGamers is more convenient when it's cooperation within your guild. You can add those who needs to be in the Conference call into one group.