Okay, so it's bound to happen:  we'll stay up all night to secure our solo war rewards on our mains and our alts.  Our home kingdom
will secure a victory — happy days will come again!  We'll get to
reap our rewards and harvest lv5 gem lodes, right? 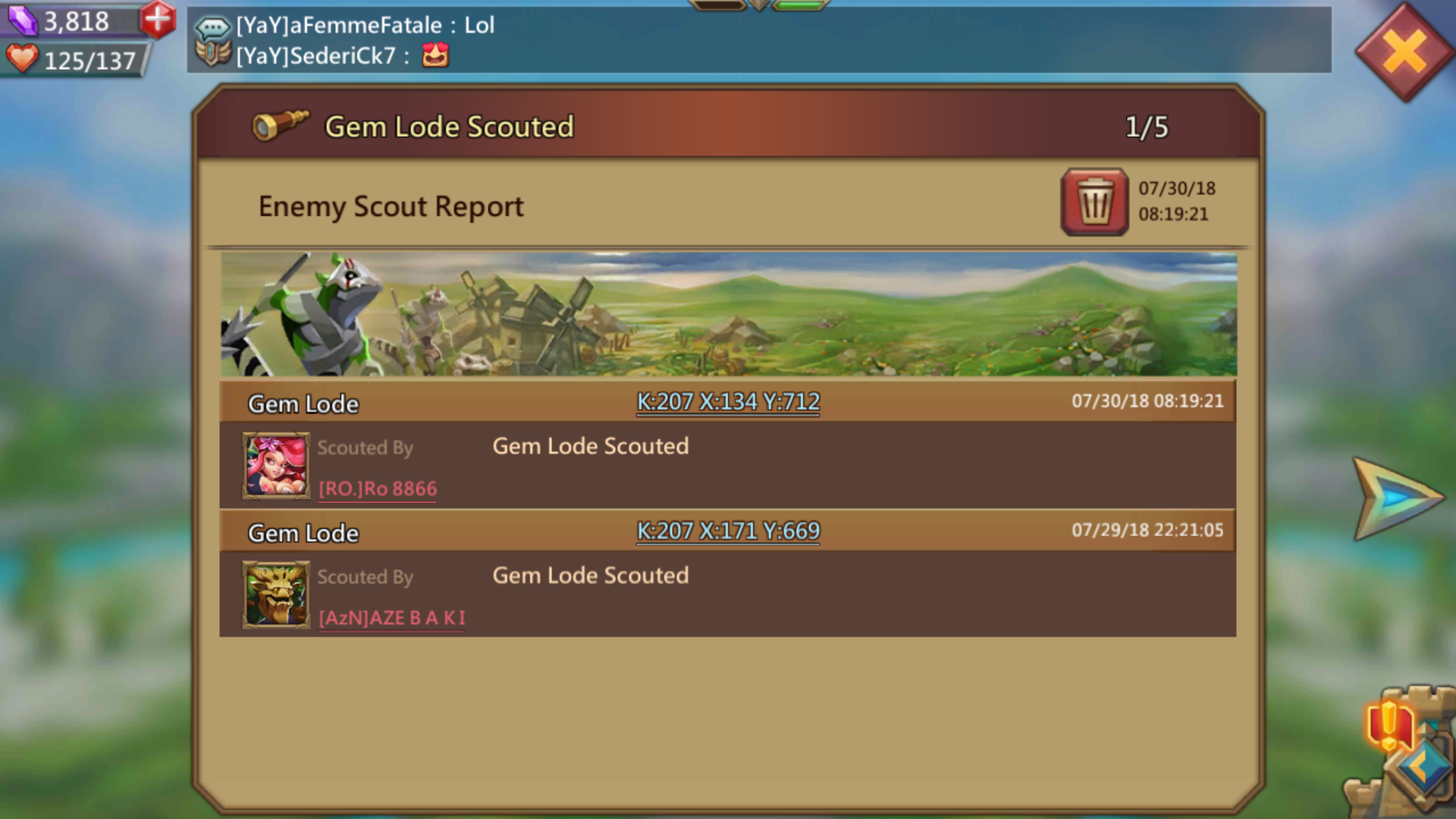 Better gem lodes should be ours for the taking, but chances are very high
(at least in the writer's kingdom) that our gatherers will die an agonizing
death.  Big spenders are just waiting to demolish our armies and take
what's ours — even though we earned our gems fairly. 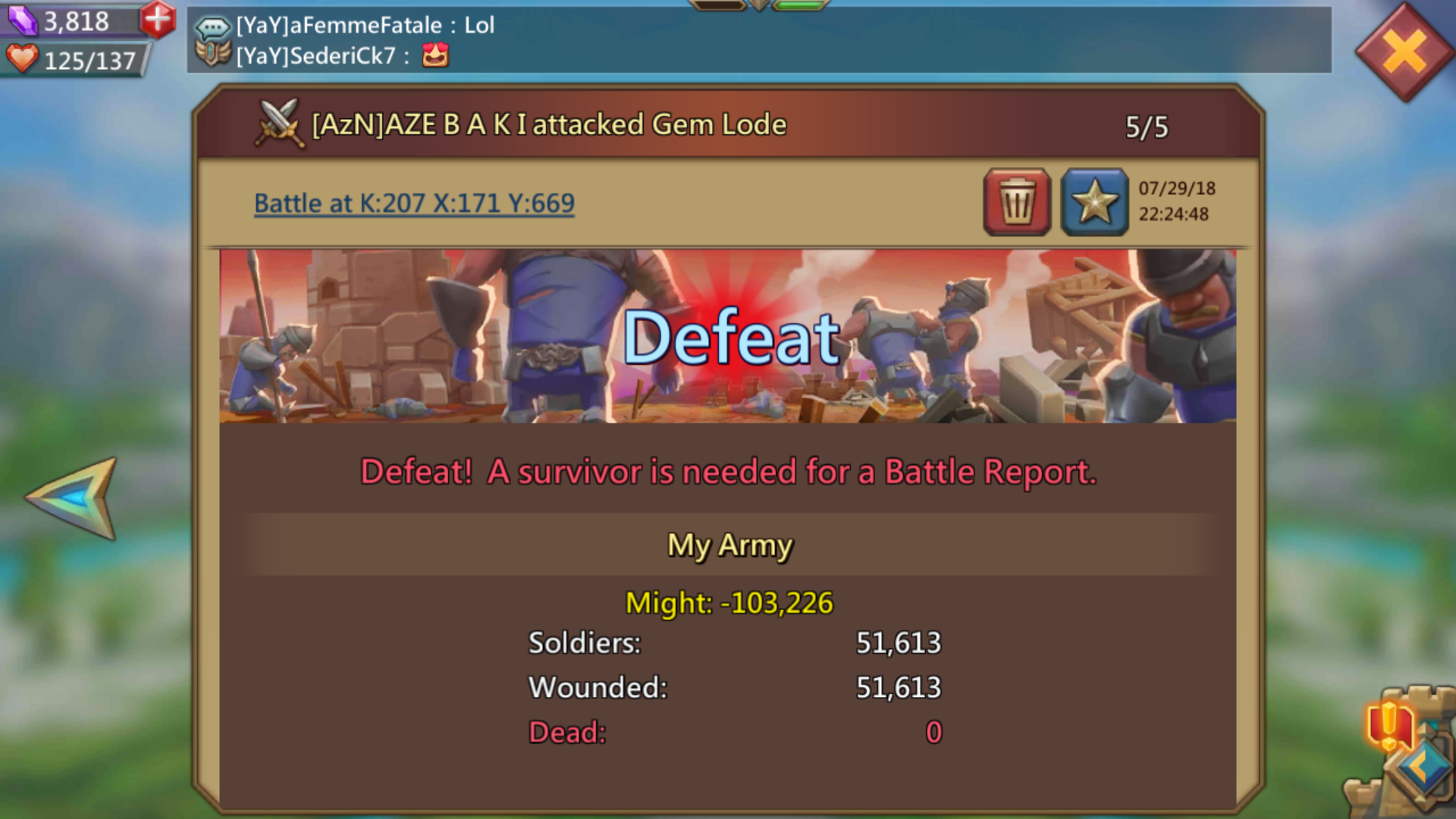 Why does this happen?  Let's take a closer look: 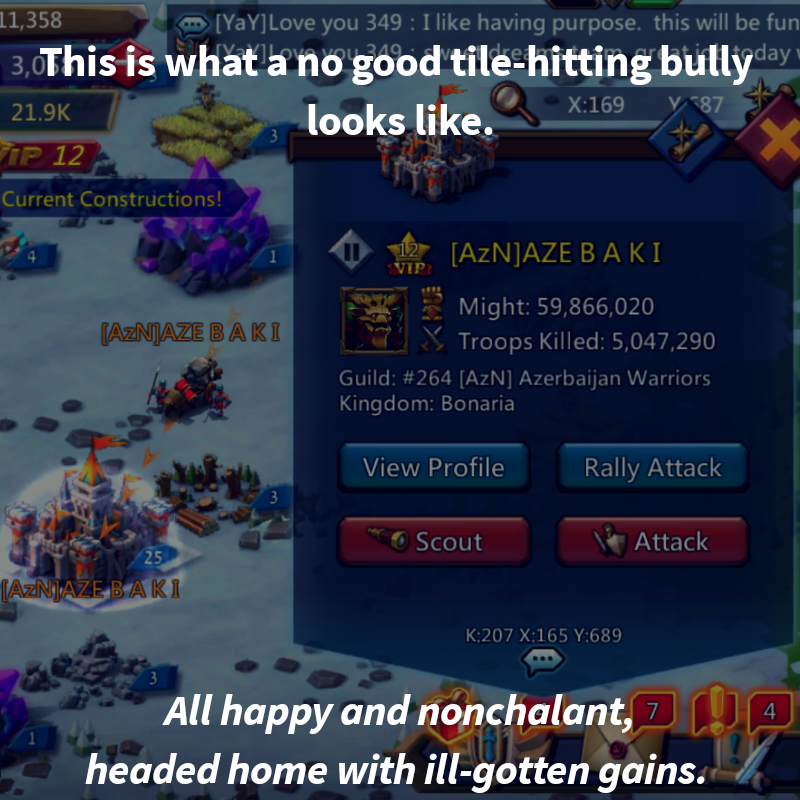 Some players apparently suffer from what is known as little-man syndrome.  It's like these guys are trying to overcompensate for their shortcomings (if you know what I'm saying).  Just because someone has a complex doesn't mean they are entitled to our gems.. 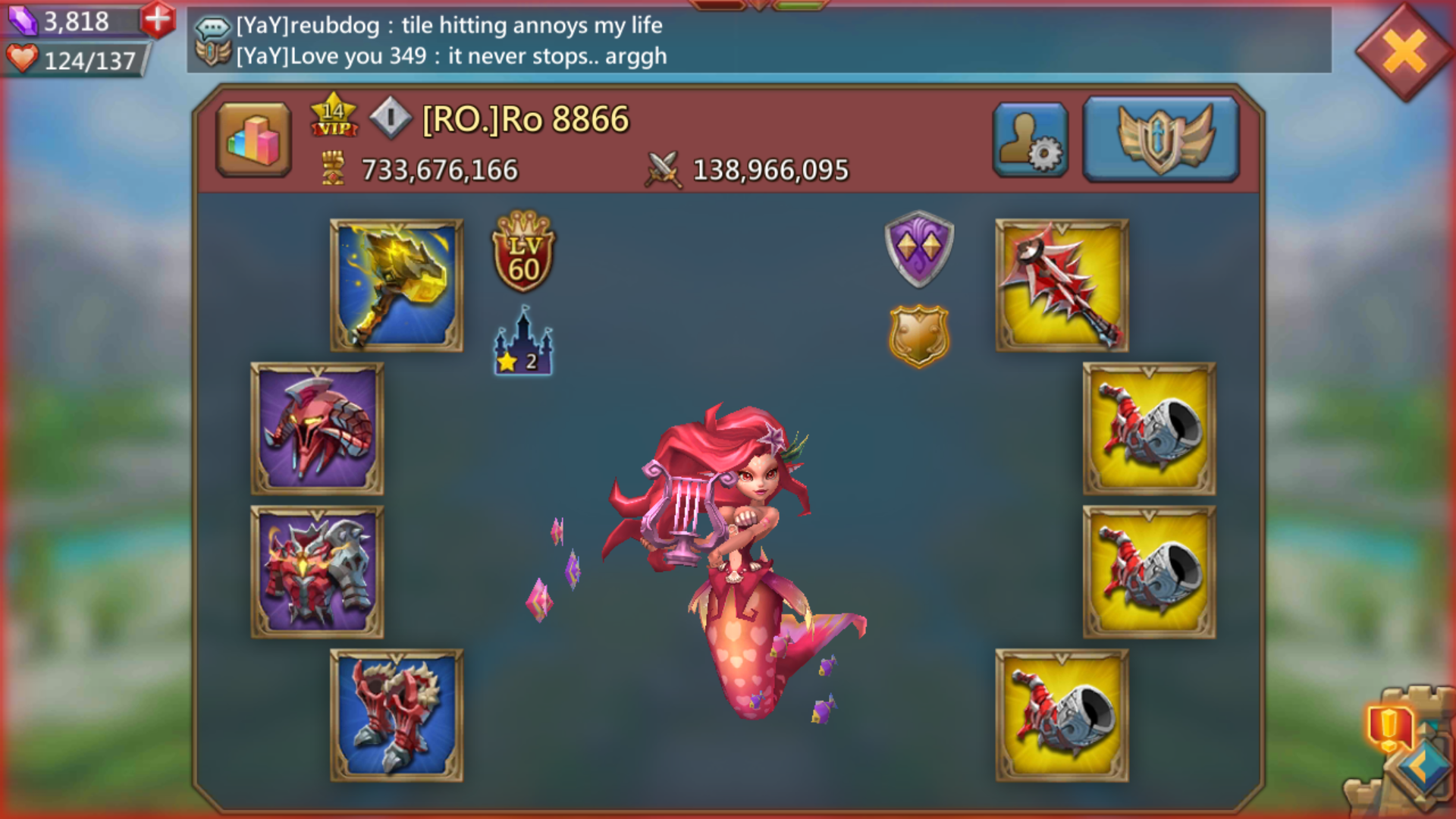 In a war game, people will attack: I get that.  But in my book, even a
player with 800M might is small in stature when they attack others for
beating them to a better lode.  To do so simply because they can?
That's garbage — there is no respect!!  The same can be said for people
who attack their own kingdoms during kvk… these attacks are acts of
betrayal.  Is playing with honor such a rare thing??  Why would anyone
want to hurt their team? 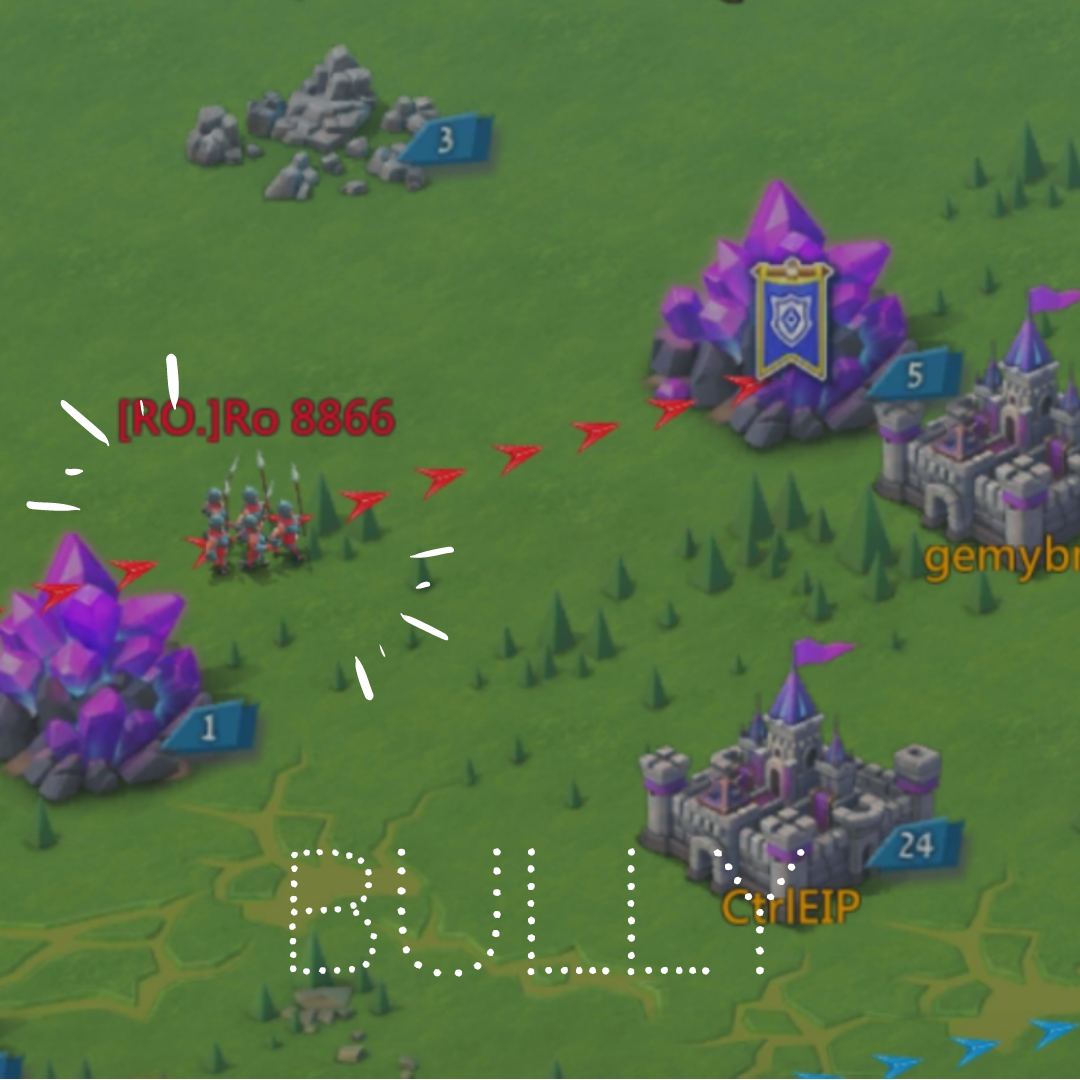 When a person attacks someone else's gem tile, they are hitting a
veteran of war — someone who fought in the trenches for kvk right
beside them.  These defenders are our neighbors and comrades.  There's a
word for attacking allies: it's called a traitor.  And I think we can all agree that a
traitor is a douche.

There is a time for attacking in our home kingdoms, but seriously, gem
lodes are only for 24 hours. Some people won't respect their own
kingdom for even one day — and these players likely achieve their douche status well before kvk begins.

GEM LODE HITTING IS FOR DOUCHES — RESPECT YOUR KINGDOM!