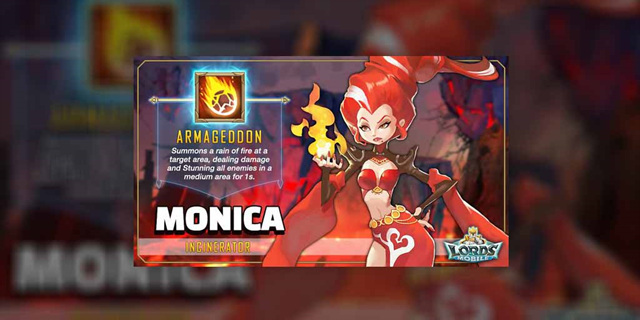 There was once a lady, she inherited the castle from her father who served the Overlord. However, The Lady of the Castle did not want to serve anyone but herself. She was stubborn and did not listen to her advisors ever. She thought she knew everything best and that everyone should see her as the center of the Kingdom. The Overlord did not even know she existed, that is how small she actually was. but she thought she was the most important person in the Kingdom. She was a good fighter and always led her army to battle with other small castles. The Kingdom was in chaos so the Overlord could not be bothered by a small raiding party. She wanted to be like but no one did because of her arrogance and high self-esteem. She always got angry when someone disagreed with her and her ideas. She was a good Diplomat but had a temper so it always went wrong in Diplomacy. She had many friends and lost all of them when they found out who she really was. Her castle joined a lot of different guilds and was booted out nearly all of them. She felt lonely, she wanted to be good but did not know how. She was very upset about this and thought of a way to fix it. Migrating to another Kingdom came up in her mind and well that wasn’t such a bad idea. And again because of her arrogance she again lost everything in this new Kingdom she went to. At this point, she was just depressed because she knew that no matter what she does no one will ever like her. She was cast out, thrown away. But she always had her castle. But what is a castle on its own? When a coalition attacks her she would not stand a chance. She needed a guild so what was she going to do? She decided to join a guild where she did not know the language. If she cant talk to them how will they hate her? She was still not very happy because she would not get a lot of attention but at least she had some people. Eventually, she could not stand it anymore and left. She was forever going to stay alone and it was too hard for her to change her personality (she had tried many times but it always ended in more pain). However, as she developed her castle and army quality and quantity she was allowed to some guilds even though she was not a very nice person. She became one of the greatest fighters and military leaders ever and had 30 million kills on her name (not killed by her but her army, although she is responsible). Her story ends when she was taken prisoner attacking the Base in the War of the Wonders and was executed 3 days later. Her allies, however, took over the Base and conquered the Kingdom. She was remembered as a hero ever since.

A Short Story By AnimeChick