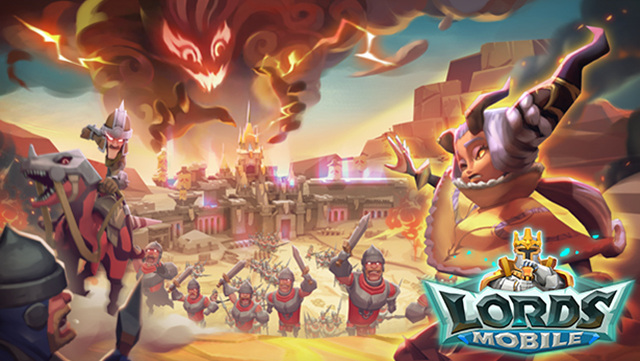 Funny thing is that a few days ago, one of our guildmates was saying that guild bash hasn’t showed its face in quite a long time now. Today, as I wake up I see “Guild bash” as an upcoming event, as part of IGG’s 12th Birthday party.

From the 5th till the 8th of May, Guild bash is coming up. Like any other event, it requires the guilds participation and there are a few tasks to fulfill during this short amount of time. Every time you fulfill a task you get points, and the more points you get the closer you are of summoning the Hoarder. A fearful monster that can be seen by anyone in the kingdom, and thus it can be hunt by anybody. Once you kill the beast, you get a guild reward with some juicy drops (speed ups, gems, monster chest, holy stars, etc.).

How to get ready for this event?

Scout the darknest before rushing into it. Check its composition and set a counter for it. Prioritize 1 troop type or 2 troop type dn (specially for higher lvl of darknest).

When summoning the Hoarder.

Make sure everyone is online to actively hunt the monster in order to avoid it being stolen by another guild, you don’t get anything per hit (if we compare it to the Phantom Knight for example). The monster will appear next to the r4 that summons it or close to him/her. Try to disposition your hive in order to have a hole in the middle and set camps all around the hive. If this doesn’t work, then the r4 that is going to summon the monster random out of the hive. By doing this the monster will show up next to that person and won’t be able to be tracked by other guilds (in some kingdoms hives are marked by the enemy and when they summon the hoarder they will port immediately next to you to steal the monster). Guildmates must be active and ready to relo next to the beast.