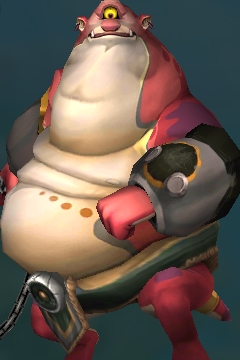 1. What happens if my Leader gets captured?

If you build the Prison after upgrading a Lv 10 Castle, you'll be able to capture the Leaders of players from other Lv 10+ Castle. Leaders can't be captured if your Castle is Lv 9 or lower.

If your Leader gets captured, you can either wait for them to escape on its own, pay a ransom for its release, or post a bounty to encourage others to help you save your Leader.

We recommend that you do what you can to prevent your Leader from being captured. Once captured, your Leader will stop providing bonuses and you will be unable to switch to another Leader until they return.

A good plan is to appoint an unimportant hero as your Leader and always either keep them in your Shelter or send them to reinforce a shielded Guildmate.

2. What happens when I get attacked?

There are a few things to do when you’re alerted to an incoming attack. When your Watchtower detects someone is coming to attack you, you should immediately check that enemy’s Might. More often than not, it will be higher than yours. Otherwise, they wouldn’t be attacking you. If the enemy is not someone you can handle, start by asking your Guild for reinforcements. The number of reinforcements your Guild can send to you is determined by the level of your Embassy.

If your Guild decides that the enemy is too powerful, take the following actions. First, immediately send your Leader to the Shelter with as many troops as you can pack in there. Then, send the rest of your troops to a far, far away spot. Ideally, somewhere that takes more than an hour to reach. Make sure to time it so that the battle will be over when they return. This ensures that the majority of your troops will survive the onslaught. Keep in mind that any troops you send to gather resources can be attacked, so keep an eye on your forces beyond your borders.

You'll likely lose your traps, take some Castle Wall damage, and lose any resources not protected by your Warehouse's limit. However, these steps will minimize your losses and the amount of time you’ll need to recover from this invasion.