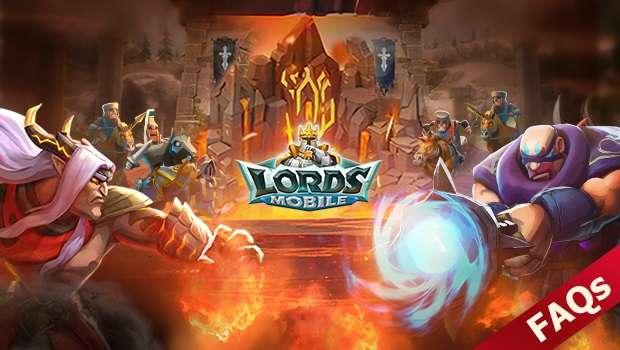 1. In the Dragon Arena, guilds are paired for a guild versus guild battle. To win, guilds must earn points by occupying Strongholds.

2. The Wonders in the Dragon Arena are named Strongholds. Strongholds include Outposts, Transporters, Hot Springs, Ancient Remains, Citadels, etc. Each Stronghold grants a different amount of points when occupied, and some even grant special boosts.

3. You must defend a Stronghold for 3 minutes before it is considered occupied. Once occupied, your guild will earn Guild Points and Solo Points.

4. When a Caravan reaches a Stronghold, the side that has occupied the Stronghold will earn a ton of points.

5. You will not lose troops in this event. Wounded troops will be healed, damaged traps will be repaired, and your Wall will be restored once you leave the arena.

6. After the round ends, the guild that has earned more points will emerge victorious. Both guilds will win prizes based on the outcome.

7. Dragite awarded in the event can be exchanged for hero in the Dragite Shop.

1
Q: What are the requirements to participate in the Dragon Arena?
A: Guilds must register to participate in this event. Only guilds with at least 30 members with Castle Lv 17 and above before the event starts are eligible; rank 4 and above members can register and choose from 8 time slots for the event. The time slot can be changed at any time during the registration phase. 2
Q：Why I cannot see the event page or participate in the event
A：Kindly update the game to the latest version to see the event page and participate in the event 3
Q: Why can't I enter the Dragon Arena?
A: You must meet the following requirements to enter the Dragon Arena: - Must be in the guild you were in when the event began. - Must be at Castle Lv 17 and above - No wounded troops in the Infirmary - No damaged traps - At full Wall HP - Battle Fury must be inactive - No troops outside of Turf Additional Note: Each player can only enter the Dragon Arena once. You cannot re-enter if you leave midway through. 4
Q: How are guilds matched? My guild was matched with a guild with higher might!
A: During the registration period, guilds with a comparable number of Cups will be matched together. While you may be matched with a guild in a different League, it will be a fair match. 5
Q: If my guild doesn't register for the event, will our League and Cups be affected?
A: No. They will stay in their original League and will not lose any Cups. 6
Q: Why is everything in the Dragon Arena in Protection Phase?
A: If you enter the Dragon Arena when you are without a guild or if it is currently not your guild's time slot, all Strongholds will be seen as being in Protection Phase. 7
Q: Why can't I attack others/transport/attack the Citadel, Hot Springs, or Ancient Remains?
A: During the Preparation Phase (first 5 minutes before the battle), players cannot initiate attacks or transport. Outposts and Transporters will have a 5 minute Shield, while the Citadel, Hot Springs, and Ancient Remains will have a 10 minute Shield. 8
Q: Are transports in the Arena free?
A: Only the first transport is free and will not consume items. Subsequent transports will consume Relocators. Guilds in the Advanced League and above will have a Transport Limit. In these Leagues, the first Transport will consume a Guild Transport. 9
Q: Can I return to the protected area after leaving?
A: No. You will only be placed there when you first enter the Dragon Arena. Note: Players in this area cannot be attacked, or initiate an attack. However, they can join a rally, and send reinforcements to Strongholds. 10
Q: Why can't I return to the protected area?
A: This is a special area that you will be placed in only when you first enter. You cannot use Relocators to return to this area. 11
Q: I occupied a Transporter, but did not earn any Transports!
A: Transports are shared between the guild. These may have been used up by your guild members during battles. 12
Q: Can I send resources to my guildmates in the Dragon Arena?
A: No. You cannot send or receive resources in the Dragon Arena. You will also not lose any resources if you are attacked. 13
Q: How do I occupy Strongholds?
A: Guilds must successfully defend the Stronghold for 3 minutes to occupy it and earn points. Guilds will receive Guild Points for the first occupation of each Stronghold. Guild members who have sent their troops to the Stronghold will also get Solo Points. After occupying a Stronghold, the guild will earn a number of Guild and Solo Points every second. 14
Q: Why can't I use some Familiar skills in the Dragon Arena?
A: Blazing Trail (Pyris), Kiss of Death (Grim Reaper), Divine Retribution (Bon Appeti), and Hellfire (Blackwing) cannot be used in the Dragon Arena. If Hellfire is activated before entering the Dragon Arena, its effects will be dispelled upon entry. 15
Q: I attacked a player, but their troops didn't die!
A: Troops in the Dragon Arena will not die; they will only be wounded. There is no Infirmary capacity limit. 16
Q: Will my kills in the Dragon Arena be counted in my profile statistics?
A: No. Note: Actions in the Dragon Arena will not grant Player EXP or Hero EXP." 17
Q: The leader I captured fled!
A: Leaders captured in the Dragon Arena will only be imprisoned for 5 minutes. You cannot use items to execute them. All prisoners captured in the Dragon Arena will also be released once the captor leaves the arena. 18
Q: Why do my actions in the Dragon Arena not count towards my Guild Fest/Guild Bash tasks?
A: As per the event rules, you will not be able to earn KVK, Guild Fest, or Guild Bash points in the Dragon Arena. 19
Q: Can I leave the guild while in the arena?
A: No. You cannot leave or be kicked out of the guild during the event. The guild leader also cannot disband the guild, or change the guild's kingdom to K70. 20
Q: I participated in the Dragon Arena but didn't get any rewards!
A: Please ensure that you are still in the guild that you represented. You must stay in that guild to get your rewards. 21
Q: It was a tie, but we only got consolation rewards!
A: According to event rules, in the case of a tie, both guilds will get the Consolation Rewards. Cups can still be won or lost, and will be calculated the same way. 22
Q: Why can't I relocate back after the battle ended?
A: You can only leave the Dragon Arena by tapping on the [Leave] button.