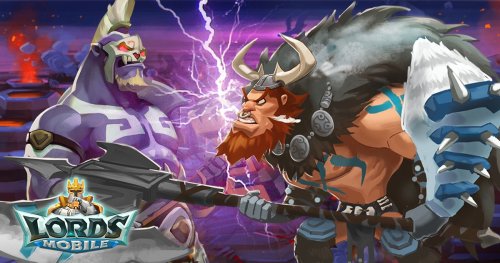 Hey guys, MARIN3SNIP3R here again with another guide for you all. So I have been getting a few requests to make a guide on how to make a trap account if you are a F2P player… So let's  begin.

First off, buildings. For manors you will want them in the beginning so that you can train troops fast but once it is time for a kvk event or you are needing to put your trap to the test, you will want to destroy all of the manors so that you can make room for the infirmeries.You will want to maximize the number of infirmeries that you can build and get them all to about level 21-25.  After all you will be getting hit a lot and you want to maximize wounded and minimize death count. Another thing is, you will want to keep the other buildings to a minimum. One thing you want to keep in mind is that you want to to keep your might as low as you can. Don't build unnecessary buildings. For instance you want to keep your resources to a minimum… the less resources you have the less you look like a juicy resource target. Also, if you have made this trap account and it is not your main account, then you can use your main account to supply the trap with resources when you need them.

With that being said you will only want to research the economy things that are required to progress the military research. What you want to do is maximize all of your healing speed and healing capacity research. Don’t forget though, you will want to research as much military as you can, at least until you  can unlock the t4 troops. Military command isn’t that important because there are not really any good benefits that you will want.

Now for troops and familiars. When it comes time to start training the troops, you will want to have roughly 1 million t4 troops. You also want to only focus on two troop types, i.e. inf/range or inf/cav or cav/range. Don't worry about training all four troop types. If you think only training one troop type would be smart, you are wrong. Each troop type can dominate another troop type but the third type can dominate your one type. Thus, by having two type you always have a bodyguard per say.

Familiars, now that they are here you can use some of them to help you out as well. There are a few of them that are going to give you quite a bit of help throughout your endeavor as a trap. Strix is one of them. With strix maxed out, she can increase your healing speed by 25%. That is quite a big difference for something like t4 troops. Another big help would be, Noceros. Noceros, when maxed will give your army capacity another 35% increase. In the slight chance that you will be attacking (which you shouldn’t being a trap) then thats more troops you can march. Now one that is probably my favorite is Mole Shaman. He increases the capacity of your infirmeries. Being a trap that is kind of important considering that it means less death among your army. Mecha Trojan when maxed gives your cavalry a max hp of 10% more and an army defense boost of 10% as well. Tidal Titan when maxed gives a attack boost of 10% to your infantry and an army defense of 10%. Hell Drider maxed will also give another 10% boost to your infantry attack. Using Mega Maggot will increase your infantry defense by 10%. Saberfang will increase your calvary defense by 10%. And finally, last but not least, Frost Shield will increase your ranged defense by 10%.

Last but not least, of all the things I have discussed, lets cover speed ups. Now because you are a F2P account and spending gems will not be a big thing on your mind, speed ups are important. What you want to do is to save up tons of speed ups and I mean tons… months and months worth of speed ups so you can train troops and research what you need. You do not want to use any speed ups on your healing of troops… not unless they are the healing ones and only the healing ones. Think of speed ups like gold… save them when you can and use them sparingly.

Now keep in mind that without spending any money, to be an effective trap this will most likely take you every bit of 3-4 years. I hope this helps you guys, i think I covered all of the main points, but if I missed anything please comment below what I missed. I also always welcome constructive criticism so please let me know your thoughts. Thanks guys, enjoy.