As an r4 in my guild, nothing is more frustrating than seeing guildmates getting attacked and losing their leader. It’s frustrating because there are so many ways to keep not only your leader safe but also your troops. Albeit, accidents happen, I know that from first-hand experience. But, there are some people that seem to have this happen constantly, that’s not an accident. So if you are shielding and sheltering properly, wonderful, keep it up! And if you are also annoyed by constant losses of leaders, go ahead and share this guide with your guild, or members that are struggling with keeping their leader.

Also, if you think you’re strong enough to defend an attack, there’s probably always going to be a player stronger than you. Or a rally that can take you down. There is no point to lose troops if you don’t have to. I’d rather kill my troops attacking other castles. Then I can get more kills for my losses.

Sheltering your troops and your leader. 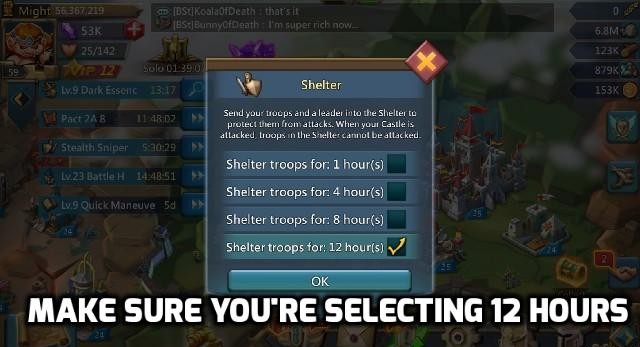 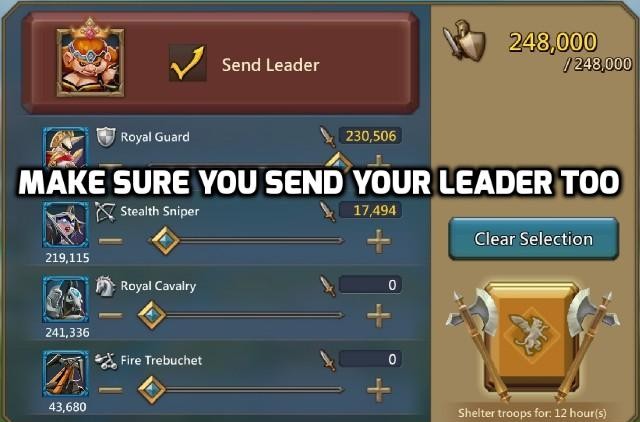 Garrison a guildmate's shielded castle. This is for if you are going to be away from the game longer than 12 hours. Only garrison a shielded guildmate if you are sending your leader. You can send your leader and other heroes to make sure you are sending as many troops as you can as well. Also, before you send your troops, make sure you know how long their shield is for. If you send a garrison to just any shielded castle without finding out, you could be sending it to a castle who’s shield expires shortly. I’ve had someone send a garrison to my castle 30 minutes before it expired. That’s always frustrating. In our guild we send out guild mails when we have shields longer than 24 hours so that people know where to garrison their troops. If you haven’t gotten any messages recently, ask in guild chat who has a long shield up. They will let you know. 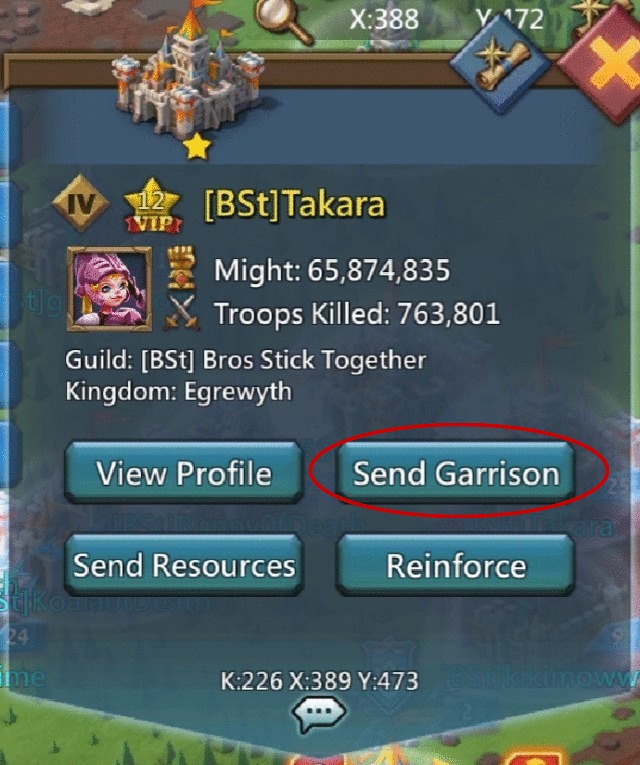 Here is where you select to send garrison so that you can include your leader. You tap their castle from the map, and then this box will pop up.

A fake rally. Another way you can shelter troops or your leader is by setting up a fake rally against a darknest or an abandoned castle. The longest rally you can set up is for 8 hours, so this would be the least beneficial way to hide your leader, but it is a good way to hide troops. I usually only use a fake rally to shelter troops when I’m about to get hit. It’s a great way to stash troops away quickly. I do know that some people use these for the full 8 hours to hide troops while they’re away from the game. I wouldn’t recommend doing this because you never know, especially with darknests. Even if you pick a level five darknest, if another guild rallies it and beats it, then there goes your shelter, and your troops are out. If your guild doesn’t do fake rallies, after you set it up, post in chat that it’s a fake rally so people know not to join it. And let them know you’re sheltering troops so they understand what the fake rally is for and may even be able to utilize it themselves in the future. Below are screenshots to show you how to set up a fake rally that includes a leader. 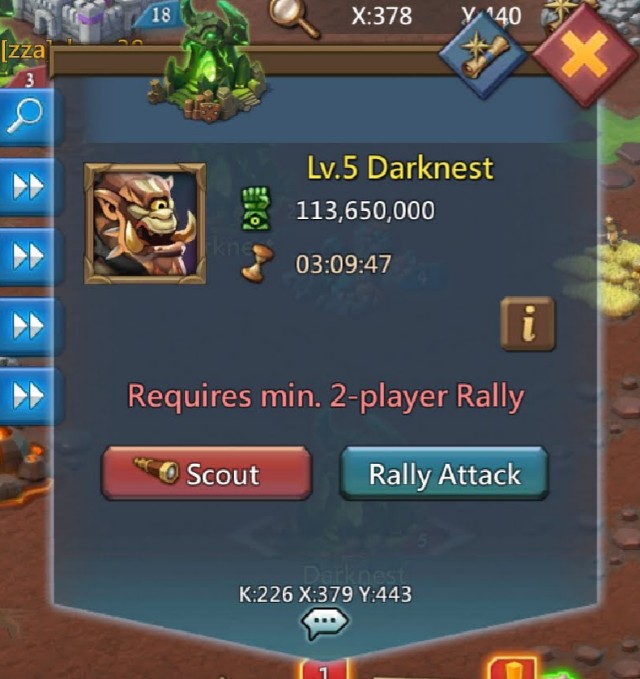 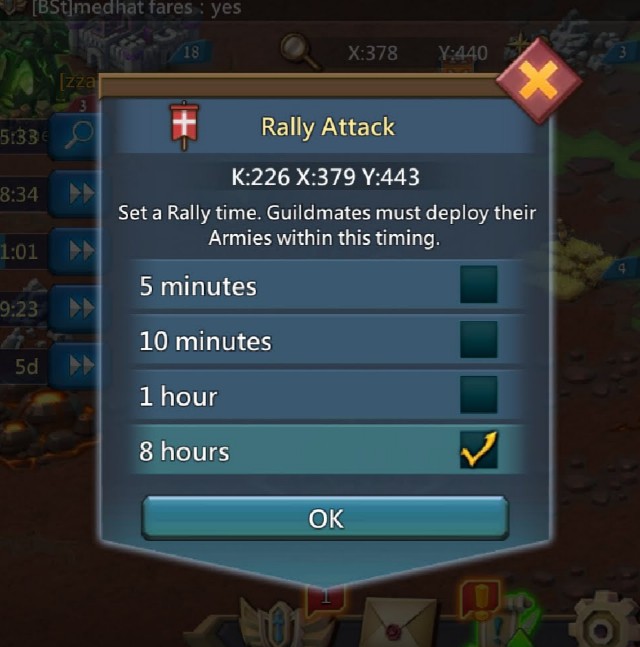 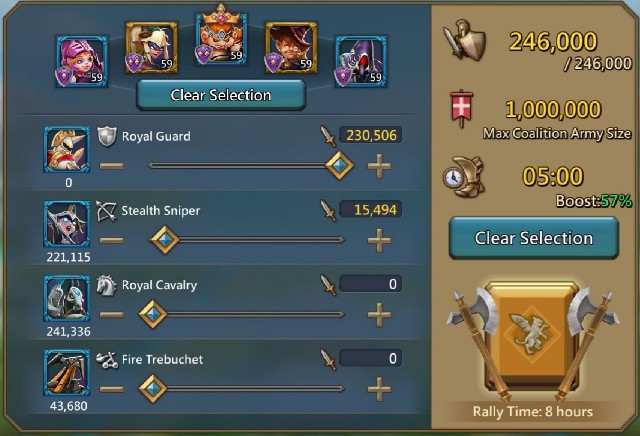 Reinforcing a guildmate to hide troops that don’t fit in shelter or garrison. If you’ve sheltered your leader, you may still have troops left out on your turf. Personally, I like hiding all my troops, even if I can fit the remaining troops in my infirmaries because I don’t like giving away kills. A good way to shelter your remaining troops is to send them as reinforcements to a guild mate’s shielded castle. This is just to shelter troops, not your leader. Just like garrisoning, make sure you know beforehand how long their shield is for. 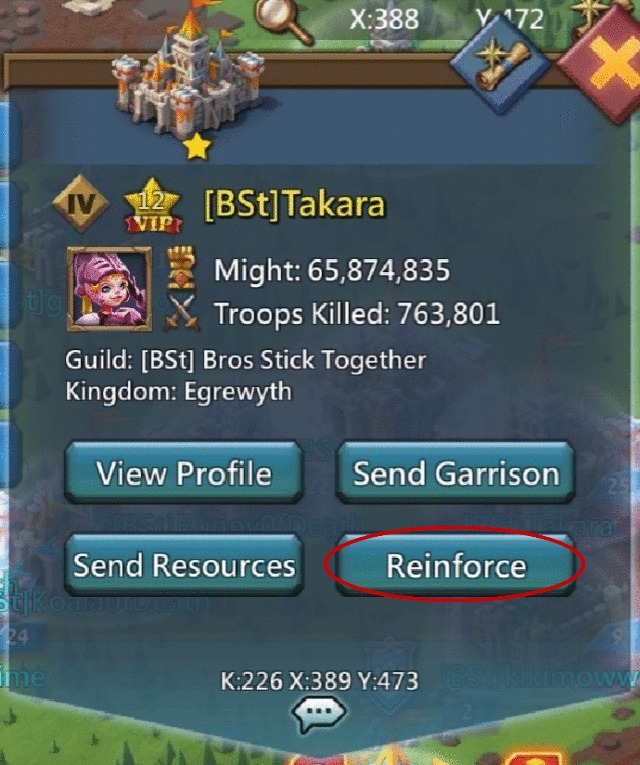 There are a lot of different ways to shelter, so even if you don’t have the gems to stay shielded all the time, there isn’t any reason why you should be losing troops from getting attacked. Use as many of these methods as you need to so that you can ensure you don’t have any troops out in your turf to help someone’s kill count.

Like I said earlier, though, accidents happen. I had built up about 900k t3 troops once, and I fell asleep one night before I could get back on to re-shelter or even have anti-scout up. When I woke up, I found out I had been rallied, I had about 500k dead troops, and about 400k wounded troops, oh yeah, and I lost my leader. I haven’t lost my leader since I first started playing the game, and it didn’t make a difference back then whether or not I had my leader. So that was really annoying to be without my leader for three days (I refuse to pay ransoms, but I’m very stubborn).

If there’s anything I missed, or if you have a good “I forgot to shelter” story, let me know in the comments!