hey all this is ash here 🙂
so as I said in one of my previous posts, my trap is now complete! now I will give a guide which in my opinion is best for f2p people who wants to make a solo trap!
There are some basic things you need to know about being a trap! but first of all, what is a solo trap acc?
solo trap accounts are turfs or castles which have low might but will have a large amount of troops, like a 80mm castle will have 11m troops. so basically T4 players will hit you blindly and viola you would have killed or wounded all their troops and maybe can cap their leader!
so basically now a days people try to be a trap acc but fail due to some mistakes 90% of them fail deliberately.
so today we will see how to be a decent f2p solo trap. "SOLO TROOP TRAP DOES NOT HAVE ANYTHING TO DO WITH WALL TRAPS"
many ppl asked me that what exactly is a solo trap acc, well trap in here is more like a pit which used to capture animals by hunters!
so we will only concentrate on troops and not wall traps!

some claim that wall traps are pretty effective, but you cant stand after 4-5 attacks
with wall traps! so it's better to make a solo trap acc.

A)
Troops composition
:
For a trap there are two different troops you are going to use
a) Meat shields
b) attackers

These troops will hit the enemy from back
while our meat shields engage the enemy in front lines!
so they dont need to be that strong when compared to meat shields. so it's preferred that these troops are if T1 tier.

Formations are very important for a trap since they wil be deciding your meat shield and attackers!
for an example lets take infantry phalanx, in here the infantry troops will be in front! so you need to use infantry as meat shields and cav,range as attackers!

in cavalry phalanx, cavs are in front so we will use cavs as meat shields!

in Infantry phalanx, Infantry are in front so we will use cavs as meat shields and cav,range as attackers

2)
RESEARCH
:
Research is the most important aspect for a solo trap! see as I said solo traps should have low mights, so if you do unnecessary research your might will be high and people will not hit you blindly, so it's a no go.
a decent solo trap must have might from 75mm-82mm. by unnecessary I mean monster hunt research, economy, wall defence etc. yes mh gives a lot of might
so you can't do it! all you should do is military, military command upgrade military. you can even do familiar but make sure your might is low, I did mh research unknowingly and my might is a bit more than 82mm, so now ppl think twice before hitting me!

I didn’t bother with siege attack since it’s useless for a trap acc.

siege is useless for a trap since you should never attack, but get others to attack you!

b) upgrade military:
you are going to train at least 6-7m troops so you need to research subsidy to lower
the resources needed! in my case i trained 10m troops so I made sure that my subsidy research is of decent level! you also need to research barracks expansion,training speed, innate talents and quick swap. since innate talents and quick swap are absolutely necessary for a trap! 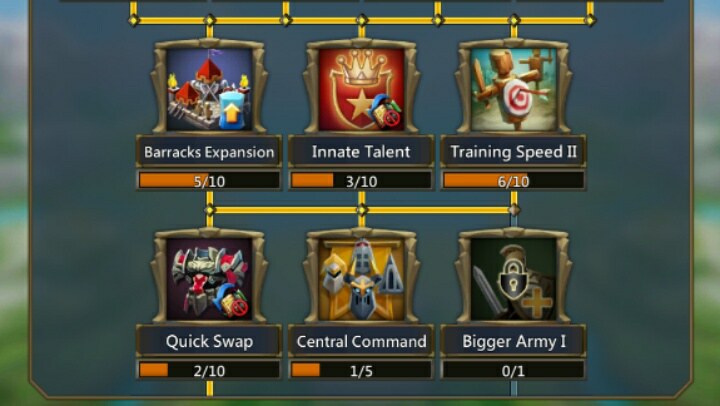 two quick swap! one for fake gear to lure the attacker and one for real gear!

a) gear
gears and jewels are important factors which are going to define your victory. now before we see them
we need to know whats important for your army, army attack or army defence!
lords mobile is designed in such a way that army attack> army defence
you may think that you need army defence
while defending against an attack, but it's not the case! you need army attack to win any fight in lords mobile! so your gears and jewels and talents must be set to army attack and not to army defence!
so forge gears which will give you maximum troop attack boost! lvl60 gear are preferred since they are way better than other level gears!
for an example a blue lvl60 gear is better than a purple lvl55 gear!
some may think lvl60 gear are hard to forge and yes, they are hard to forge since it's difficult to get those rare materials! I will say in another post how to get those rare materials as a f2p. having a blue lvl60 gear is decent for a solo trap! (I can't show my gear)

blue jewels inlaid in one of my gear

have a quick swap set for one real gear and one for fake gear.

talents sets are imp for us, distribute them into army attacks first then when you have excess, put them in army hp! 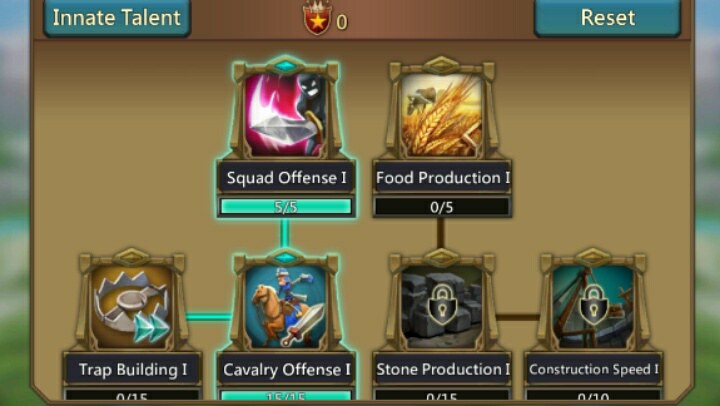 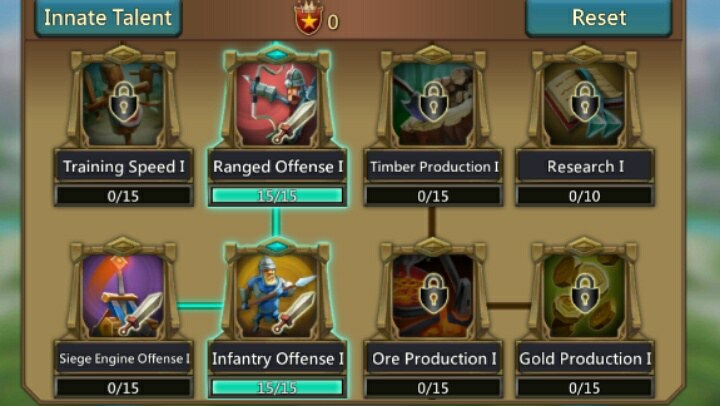 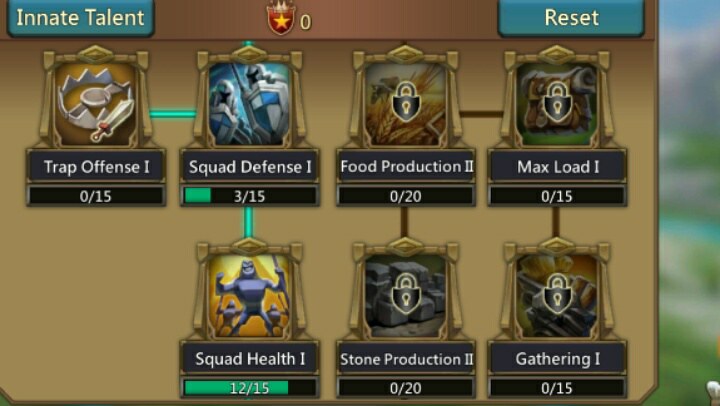 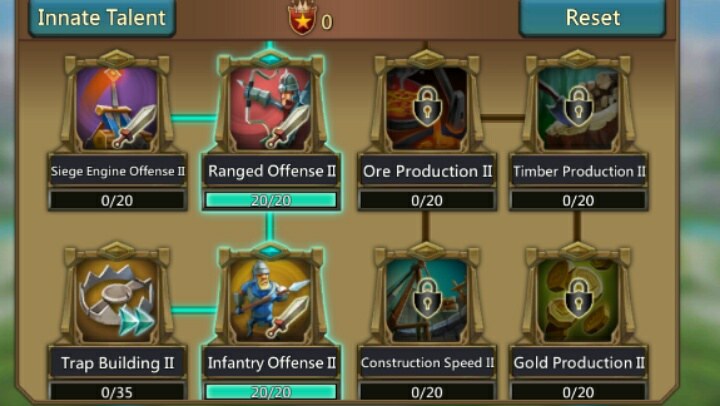 as you can see i have put all my talents points in attack and in hp!
it will be really good if you can get your army attack stats to 300% each! it's
the decent stats

"WHILE TRAINING TROOPS, MAKE SURE TO PUT YOUR TALENT POINTS IN TROOPS TRAINING" 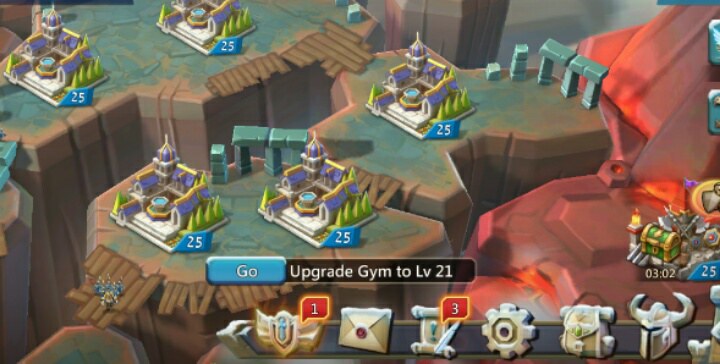 once you have trained all your troops, you need to
destroy manors and barracks
to build hospitals, you can't trap without hospitals! since no matter what, you will always get some wounded troops, so
it's better for you to destroy the manors when you have completed your training!

solo traps should have low might, becausw if you have more might, ppl will not hit you blindly and they may rally you. so it's better if you keep your might from 80mm-85mm. so the hot headed T4 will hit you thinking you are nothing!
avoid completing turf quests, since they will give you might, I mean avoid collecting them, since they give some might too.
don't do any other research than the ones I have specified 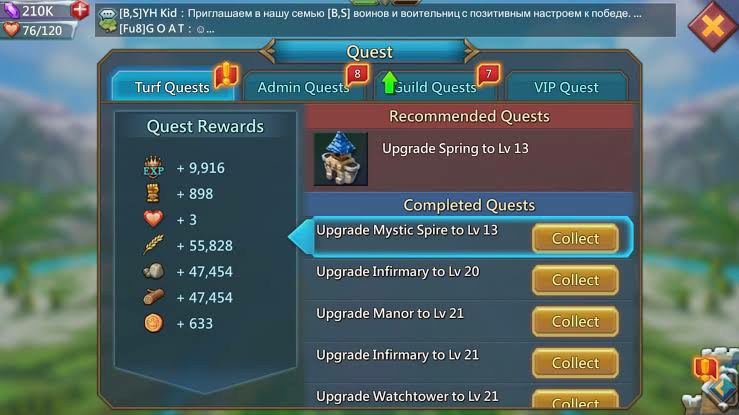 as I have said, speed ups are important factor for you to build a trap. because you need to train all those troops at once. it's bad for you to train them as time passes, since
something may happen and you can get zeroed before you can complete your
trap! for an example, in my case I trained 10m troops which will take approximately 400 days to train! which is crazy and time consuming. and you will have to live in constant fear that you may get attacked or something else.so it's better if you start saving speed ups.remember with the buildings, research, talents and chief title
I had 393% training boost which let me train 30k T1 in 27 hrs or (1*24hr + 1*3hr) speed ups 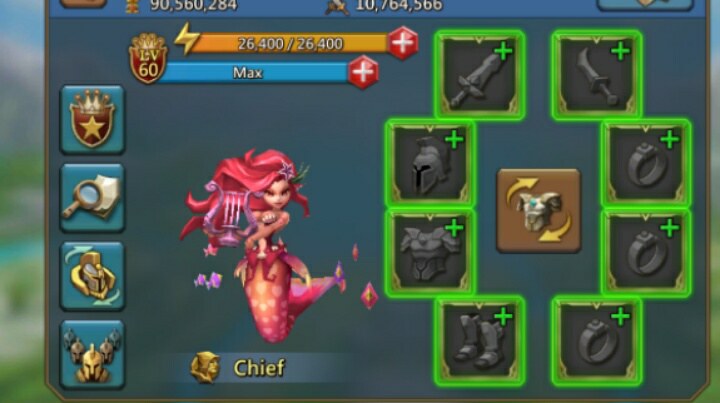 save gems and get a good rank in Colo.
increase your gem deposite in trove to get more gems!if you wanna follow my way and want to train 10m troops you will need around 750k gems for speed ups alone! so make sure to save all those gems!
(this is the most economical way for T1+T2 combo, if you want for other combos, feel free to pm me)

these are the main things you need to remember to make your trap!
now how to sustain them?

1) always stay shielded whenever you're not
trapping, because you can get easily zeored by a rally.
2) make sure that you are fake gear and anti-scout on to lure the attackers in and when he is near to your turf change to your real trap
gear and put on an attack boost.
3) don't ever get yourself into fury since you can get rallied if you get yourself into fury.
4)you can drop your shield by relocating to a wonder, you don't need to scout or attack anyone for that!
5) Don't trap until you destroyed all manors and barracks and have changed them to hospitals.
6)stay shielded until your trap is complete
7)put on 20% training boost and ask the reagent for a chief title and ask the overlord for kingdom training boost, this will reduce
the training speed for you
8) don't keep the captured prisoners until your altar is lvl25, since it will attract attackers
9) upgrade the heroes which give cav,inf and range attack to gold
10) upgrade familiars which gives you army attack to elder stage to gain more boost

That's all for now folks, if I have anything else to say, I will make another post! I hope this has been helpful for you all…
if you have any queries don't hesitate ti pm me!!
~ASH~
@Lords Mobile